Which Is Right for Your SaaS Application?

In the first part of this blog series we covered the basics of what Software as a Service solutions are and what they are used for. Now let’s see how you can build them. A microservice architecture is particularly useful for SaaS applications, but are microservices always the right choice? To the user both monoliths and microservices provide the same experience, but for app developers and companies, the proper choice of application architecture can make a big difference.

Let’s revise the differences between monoliths and microservices.

What Is a Monolith?

When developing a monolithic application, all functionalities are developed as a single unit in which the parts depend on each other to work properly.

The Pros of Monoliths

The Cons Of Monoliths 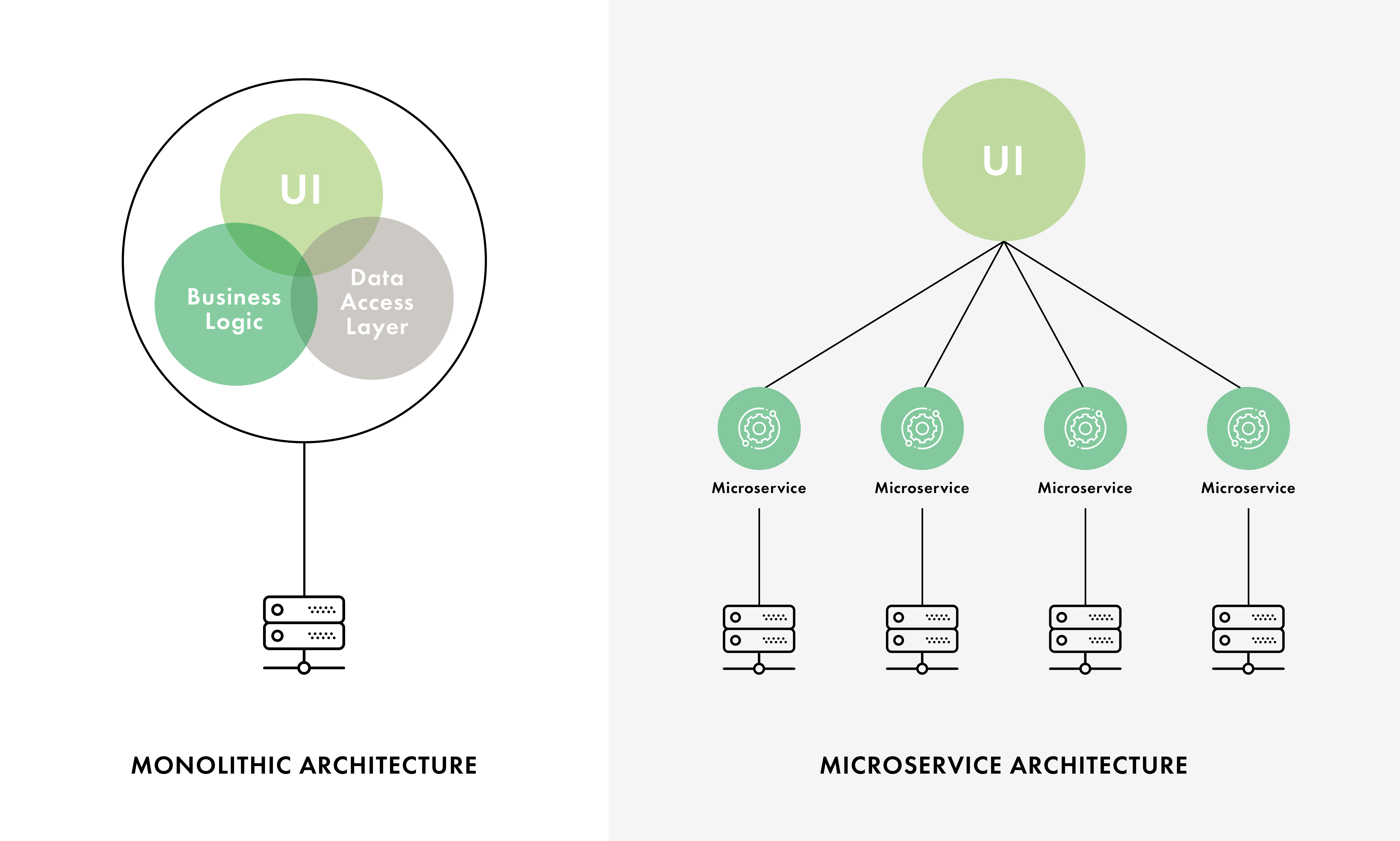 When using microservices, instead of building all of the functionalities in one single unit, they are broken down into small pieces (services), each of which has a well-defined role.
Microservices communicate via API’s, and each microservice consumes API calls from other services. Additionally, each microservice can have an independent database.

The Pros of Microservices

The Cons of Microservices

Although both monoliths and microservices have benefits, neither is the perfect choice for every scenario and you should consider which fits your team and project best. In order to do that, there are some generally applicable guidelines, so it’s important to consider the following:
For proof-of-concept and minimum viable product projects, a monolithic application will allow a development team to get code into production more quickly
Established organizations with larger teams may benefit from a microservices approach that divides the application between development teams, each responsible for a single encapsulated service

Stay tuned for the next blog where we will talk about API Gateway in SaaS applications.